By now, everyone should know that I plan to trek down to cover Las Vegas for Wizard Con (18-20 March) 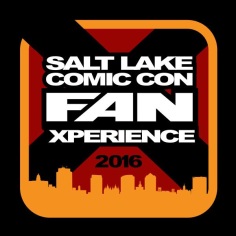 While both should be a great time, I want to take a moment to discuss the lineup for Wizard Con. I have said before that I’ve never been to a Wizard event, and so I was interested to see how this will play out in comparison to Salt Lake City’s event.

Well, the guest list is pretty nice, and still has over 60 days to go:

Some Doctor Who, Firefly, Guardians of the Galaxy, Star Wars, Agents of S.H.I.E.L.D., Once Upon a Time, Lost/Supernatural, even The Rocky Horror Picture Show!

I am going to be interested to see how the final list looks. Really looking forward to it. If anyone going to the event or who just lives in the Vegas area wants to get together, shoot me a message and we’ll see what we can do.

I will probably also be checking out my favorite Las Vegas show, while I am down there. Evil Dead the 4d Musical Experience, now playing at the Tommy Wind theater on the strip after several years at the V Theater in the Miracle Mile Shops at Planet Hollywood is the most fun you can have at a Vegas show: PERIOD. They should be well settled in to their new digs, so I figure I’ll do another review. I believe that producer Sirc Michaels was also auditioning new cast recently, so perhaps I’ll get to see some new faces (note I didn’t say “fresh faces:” there was nothing wrong with the old ones!)

So that’s this update. Next one should be for the home event: Salt Lake Comic Con FanX.

[Shadow’s note: hopefully soon, I should be able to announce that I was correct that FanX is adding Matt Smith and Karen Gillan, since they’ll be so close, and FanX is really going Doctor Who crazy this time around!]

Hope to see some of you here, or there, or any of the other places I wind up!