I say this a lot, but I really think that this one is going to be pretty short. 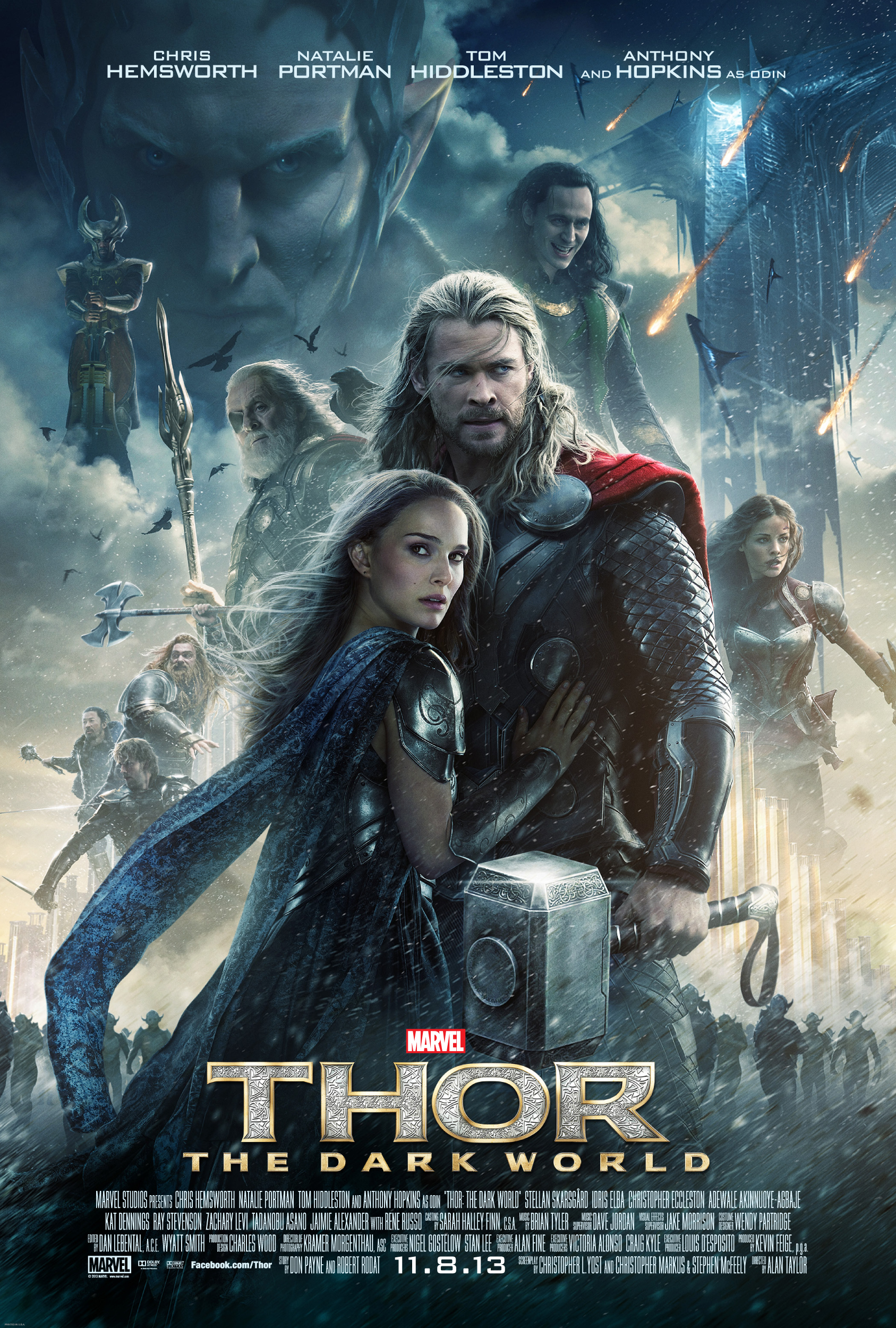 Having caught the last hour of Thor: The Dark World again on TV the other night, I think it’s fair to say that my previous conclusions about this film were correct; it is the worst of the MCU films.

Because it’s too… slap-sticky… on a couple of fronts. Maybe because the first film, directed by Kenneth Branaugh, was considered by some to be too serious or formal or Shakespearean or whatever, they seemed to go in completely the opposite direction in the sequel.

Beginning with Loki’s shifting appearances as he walks with Thor through the palace, and continuing through to the end of the film and it’s “Scooby Doo meets Portal” final battle sequence, not to mention Darcy the intern’s Intern sub-plot (although Kat Dennings is awesome), the overall tone didn’t seem to fit either the established Thor mythology or the MCU in general.

And the MCU contains Ant-Man, so there you go.

Just my opinion, of course. You may disagree with me on this. That’s you’re right. This is America, after all.

But you’d be wrong.