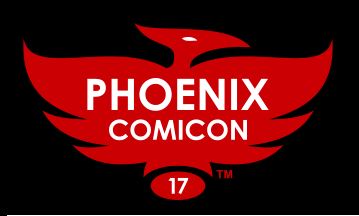 First, let me just say that I did not get into Dick Van Dyke’s panel at Phoenix Comicon. It was such a big-ticket event…

Hopefully, if he comes to Salt Lake Comic Con in September I can get in… maybe he’ll do a Vivant Arena panel like Mark Hamill did.

As I’ve reported previously, the photo ops for Dick Van Dyke were a bit of a mess, and that’s putting it nicely. But I promised some folks to explain why, exactly, it was messed up. So here’s the answer for you.

According to the numbers I got from a Photo-op worker (not just any worker, but the worker, if you know what I’m saying… wink, wink) while standing in one of the four corrals waiting for my photo-op, Phoenix sold 1600 photos for Dick Van Dyke.

Just for the one o’clock photo session.

The next session was at three-thirty, and they sold 1200 photos.

Look, I’m no math-a-magician, but that means even if you can pump out one photo every FIVE SECONDS, it was going to take over TWO HOURS to get through just the one o’clock folks. 12 photos per minute, 720 photos per hour, means you could theoretically get through 1800 photos in two-and-a-half hours.

Anyone ever seen a photo-op session average FIVE SECONDS per photo?

That’s just over-selling, plain and simple. If they had been an airline, they’d have been asking for people to volunteer for a later flight.

Add to that the fact that they started late, Mr. Van Dyke needed a break (who wouldn’t?), and the impossibility of a five second average… you get the picture.

So, if anyone (and I’m including my fellow Salt Lake Comic Con fans here) wants to complain, wondering why some celebrities have their photo-ops rationed or done through a lottery, there’s your answer.

Eventually, finally, I got mine. But realistically, I could have gotten canceled.

And that would have sucked. Not that I wouldn’t have gotten a photo with him (although that would suck), but because of the time I would have spent waiting to get a photo, time which could have been spent doing any of the multitudinous other things available at the event.

But no one ever accused Dick Van Dyke of being a quitter.

Next up: Denver Comic Con.